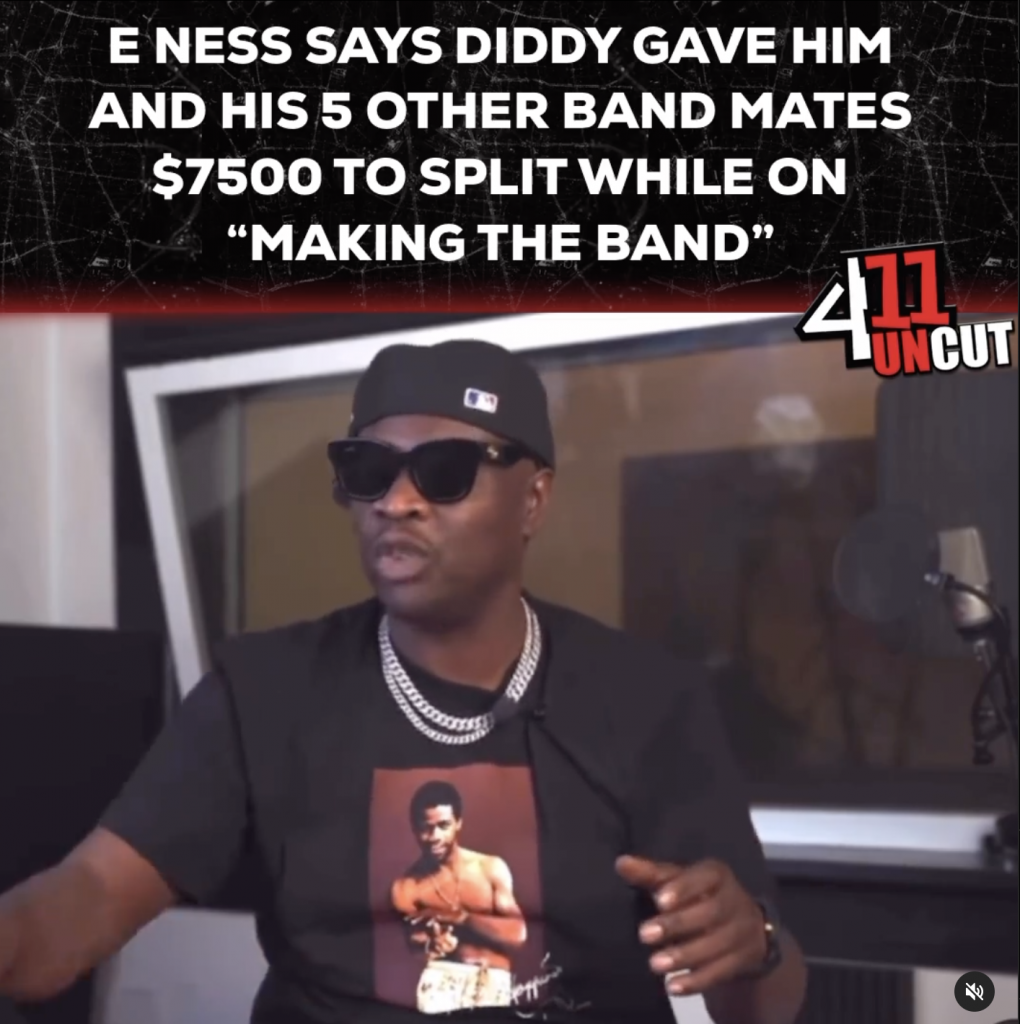 Former Bad Boy Artist E Ness recently did a interview stating that the deal with Puff was worth $7500. Yes you read right $1,250 a piece.

The Making The Band Artist also went on to say that because of his business savy mind and him being signed to a publishing deal before Bad Boy, he was able to understand some of the terminology being used, and quickly realized it wasn’t right. He took it back to his lawyer, and they renegotiated the contract.

Ness also mentioned how he was at odds with the other members at times when it came down to signing contracts. Safe to say we won’t be getting another Making the Band Album.