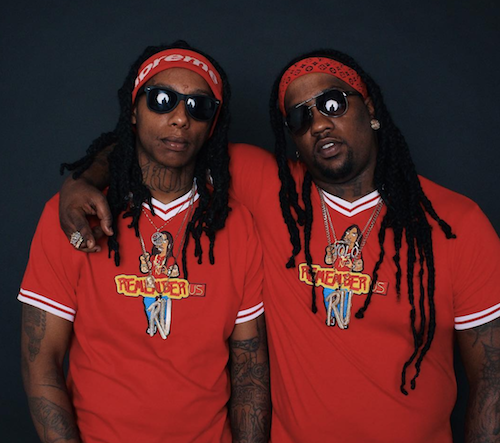 Yolo Ru is originally from the small islands of Trinidad and Tobago. At the age of 14 Yolo Ru moved to do United States with his mom and two of the siblings. As a stand out athlete, Yolo got a scholarship to go play football in college.

While in college Yolo’s little brother Koon was facing some legal trouble. Koon was placed on house arrest while awaiting trial for murder charge. While on house arrest Koon explored his passion for music.

Yolo And Koon began making songs together in their moms garage. No heat, no AC just the pure love for music and trying to better themselves. One day while recording this song, the police arrested Koon downtown as he was awaiting trail and eventually was given seven years. Meanwhile Yolo vowed that he would never lose focus and he would make sure when his brother returned everybody know them and their music.

While incarcerated, Koon kept in contact and allowed Yolo to push his music as hard as he can. Yolo later learned how to mix and record himself and started recoding non stop. Yolo is described as more straight forward and in ya face And Koon is more silent and clever but together the form the group know as Ru Gang AKA Remember Us Entertainment