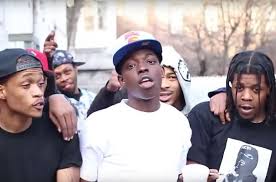 Bobby Shmurda will be a free man soon!

According to TMZ, Bobby’s conditional release date has been bumped up to February 23rd which is 10 months earlier than expected.

Bobby is looking forward to being with friends and family after his release and then will start working back on music. His mother is planning a special dinner as well.

Shmurda was arrested back in 2014 on gang conspiracy, drug, and gun charges. He plead guilty to those charges and was sentenced to seven years in prison.