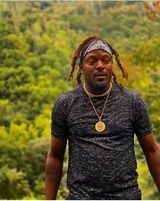 New artist Oakwhiles is on the rise and determined to make his mark in the rap game.

Markeeth Gover professionally known as Oakwhiles is from Cincinnati Ohio but was raised in Detroit Michigan. He was raised by his loving mother who took care of him and his 3 siblings by herself. They had it rough but his mother always did the best she could. He watched his older brother go back n forth to jail and lost his youngest brother to the streets in 2021. He used this as motivation to start recording music consistently. It wasn’t easy building a fanbase once he moved back to Cincinnati because most of his friends and associates were back in Detroit but he didn’t let that stop him. Oakwhiles put the work in and is now taking on his first record deal with Bell Mark Records.

Keep up with Oakwhiles on his Instagram @TherealOakWhiles_ & on TikTok @WhoisOakWhiles plus check out some of his music below.

Follow us and get the latest news delivered to your timeline!
Oakwhiles
Previous ArticleLil Mikey TMB releases “From Here” audio catered to the ladiesNext ArticleAtlanta’s Blo5k Lil A & Gudda Tay link up for “Bling Bow” audio & visual