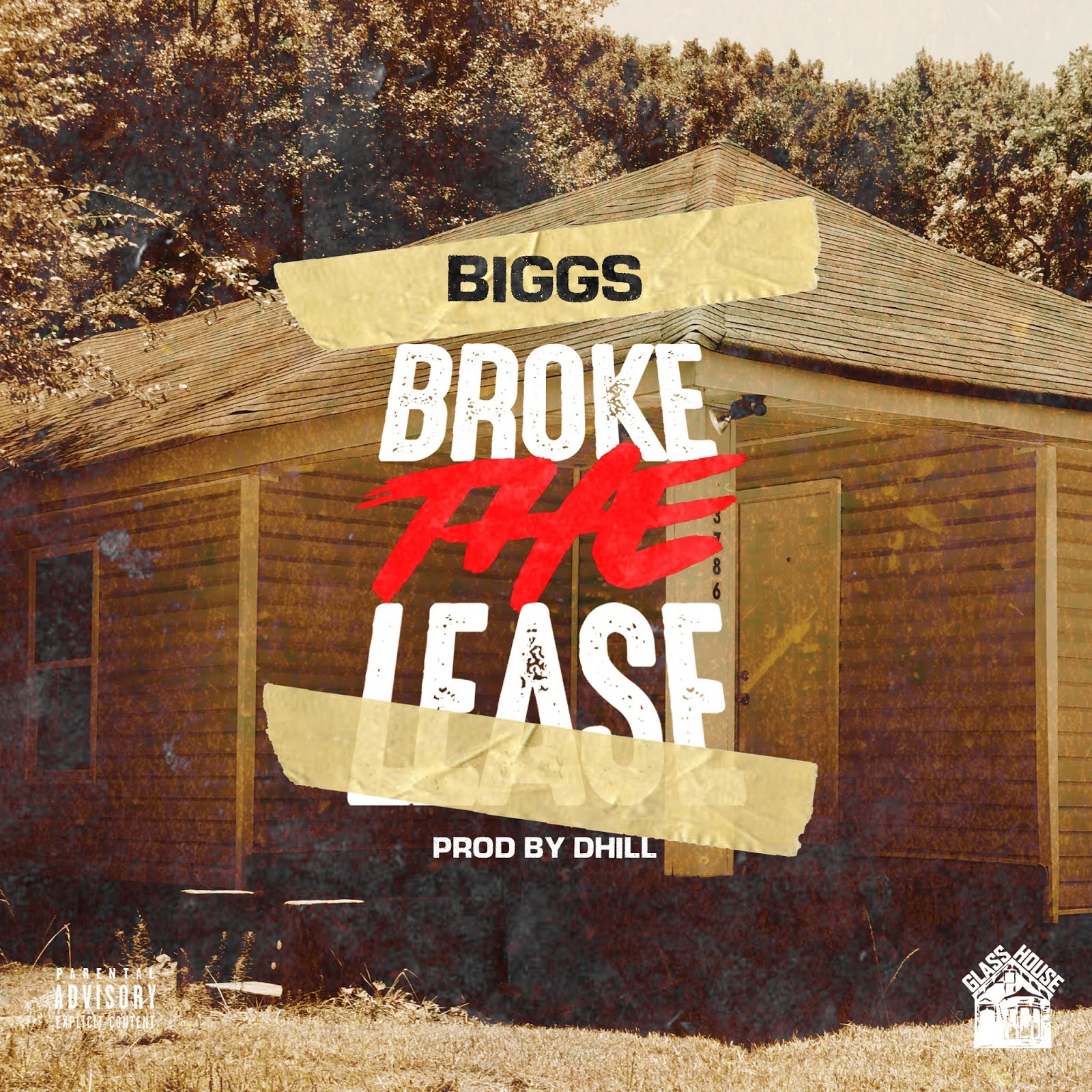 East Atlanta’s own, Glass House Biggs is back with a new single, “Broke The Lease”.

Glass House Biggs is a rapper and businessman from East Atlanta, Lithonia, Georgia. He was introduced to music at an early age as his uncle used to record in his grandmother’s basement.

Atlanta has always been the mecca for music and Biggs credits the likes of Future, Migos, and JT The Bigga Figga as his main influencers as he witnessed each of their careers blossom with years of footwork and dedication.

Due to a poverty-stricken environment, Biggs was faced with the obstacles of the streets and knew it would lead to either death or prison. Recording music about his personal life became first nature for Biggs and he describes his music as soft yet energetic and motivational for the trappers and ladies.

Biggs realized the power of having a studio and wanted to keep his peers out of the streets and he opened up Glass House Studios in 2015 and it became home to local producer, Gudda Tay, and other local talents.

In 2016, Biggs nearly lost his life in a battle with cancer and Glass House Studios became his lifeline as rap duo, Yung Mal & Lil Quill kept Biggs motivated, prompting him to work out and record. Yung Mal & Lil Quill later recorded their first mixtape at the studio which went viral and they are now signed to Gucci Mane’s, 1017 Eskimo Records Imprint.

Biggs is now ready to make a name for himself with the release of his first official single, “Pots Boiling”, presented by his label, Glass House Ent. Biggs is seeking to build a household name and sign other talents in the near future.

Follow us and get the latest news delivered to your timeline!
411 uncutbiggsglass house biggsthe progress report
Previous ArticleZaytoven & Born “Fall In That B*tch” [Audio]Next ArticleNatasha Mosley Speaks On Getting Comfortable Recording Sexy Music Coming From A Church Background & If She Has Sex To Her Music [The Progress Report]