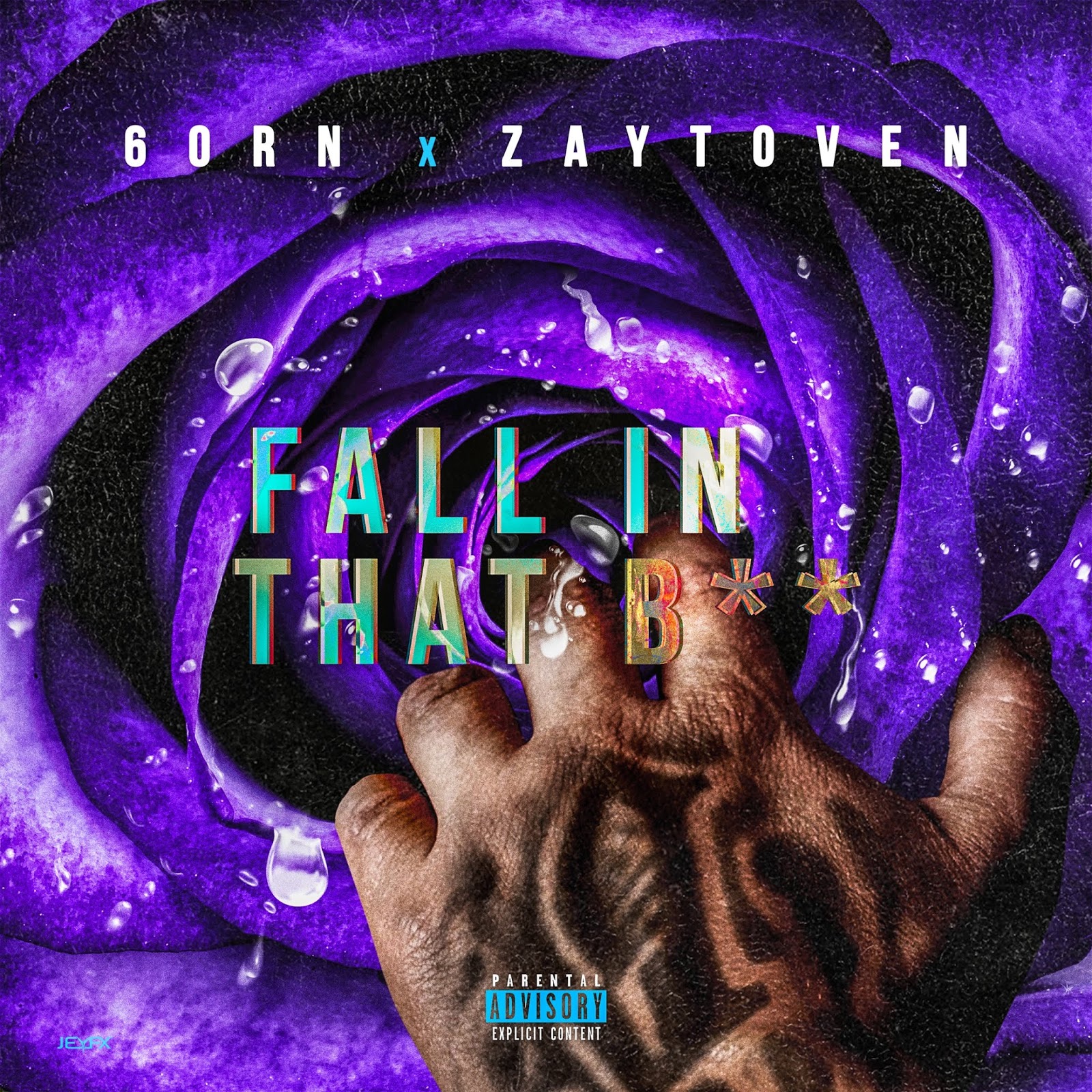 Boston rapper 6orn (formerly known as Born) has been on a meteoric rise this past year and his winning streak continues with brand-new banger “Fall In That B*tch,” the lead single off his upcoming album, Scales, with acclaimed Atlanta producer Zaytoven.

Known as one of the godfather’s of the modern trap sound, Zaytoven has produced chart-topping singles with likes of Migos, Gucci Mane, Future, and many more. And his ability to craft instrumentals that are both catchy and speaker-punishing is on full display with “Fall In That B*tch,” which bounces hypnotically with thick bass and melodic synths.

Anyone familiar with 6orn’s latest hits — “Coolio” and the Quavo-featured “Hot Topic” — already know that the Boston emcee is the perfect fit for Zaytoven’s masterful work behind the boards. And “Fall In That B*tch” proves exactly that and then some as Born flips between melodic vocals and fiery raps about how he can’t help falling into everything he’d ever want, from women to fast rides. Speaking of, if you’re not bumping this one in your car during these last weeks of summer, you’re probably doing something wrong.

“Fall in That Bitch” is now available through all major digital outlets and streaming platforms. Be on the lookout for more music off Scales, coming soon!

“Born rides the beat effortlessly and there’s no chance you’ll be skipping past his verse.” -XXL

“‘Coolio’ proves without question that Born (of acclaimed duo G.Dot & Born) is coming into his own not just as an emcee but as a songwriter.” -Dirty Glove Bastard

“Boston rapper Born continues to play to his strengths…” -REVOLT

“Atlanta’s iconic trap hip-hop sound is taking over the world and producer Zaytoven has been pushing the culture every step of the way.” -RedBull

“If you’re a fan of hip-hop, chances are good that beats by Zaytoven — or some of the many producers he’s influenced — have spent a good deal of time in your headphones.” -The FADER

“Without Zaytoven there would be no Gucci Mane.” -Gucci Mane (“Intro,” Trapholizay)

Follow us and get the latest news delivered to your timeline!
411 uncut6ornquavozaytoven
Previous ArticleActor Jermel Howard Speaks About His Role In The First Purge, Power, Agreeing With Tyriq’s Decision Making & More On The Progress ReportNext ArticleBiggs Just Broke The Lease [AUDIO]