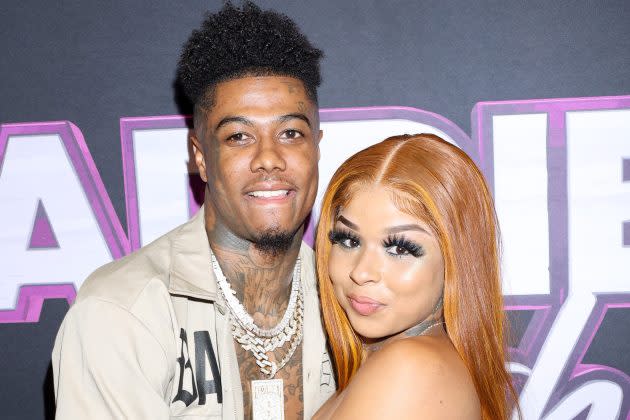 Gang the latest episode of Blueface and Chrisean Rock’s show, Crazy in Love, premiered on Zeus. It contained previously unseen footage of the aftermath of Chrisean Rock’s dad punching Blue in the face.

Blueface did get his lick back against his Rock’s father. After sneaking away from what appears to be his bodyguards, Blueface can be seen running up on someone (who we now know is Rock’s dad) and throwing a punch at them.

Will you be tuning in next week ?

Follow us and get the latest news delivered to your timeline!
Previous ArticleLAPD Is Investigating The Disappearance Of Meg Thee Stallions Former Bodyguard.Next ArticleYikes! Trey Songz Turns Himself In To NYPD For Allegedly Punching Two People At A Bowling Alley