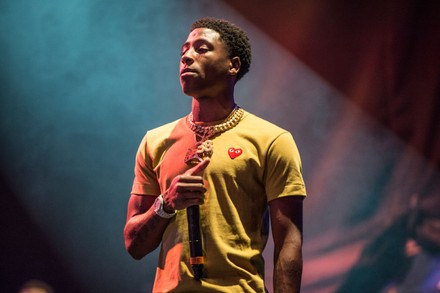 NBA Youngboy has continue to add to a the list of things they think he can’t do. The Baton Rouge native has officially inked a deal with Amazon and Amp.

Amazon introduced the Amp app in March of 2022 as a rival to Clubhouse and Twitter Spaces. The app allows users to host their own live radio shows with access to tens of millions of licensed songs from the libraries of major and independent labels alike, as well as the ability to engage and interact with audiences in real-time.

With other high profile names such as Nicki Minaj, Joe Budden, Pusha T, and Lil Yachty, already being on Amp. Announcing the details via Instagram, The YoungBoy Never Broke Again Radio Show, show is definitely something the gang has to keep tabs on.

Follow us and get the latest news delivered to your timeline!
Previous ArticleBrittney Griner Freed in Prison SwapNext ArticleYung Miami Goes Off on DJ Akademiks For Calling Her A Side Chick After Diddy’s New Bm Was Revealed.