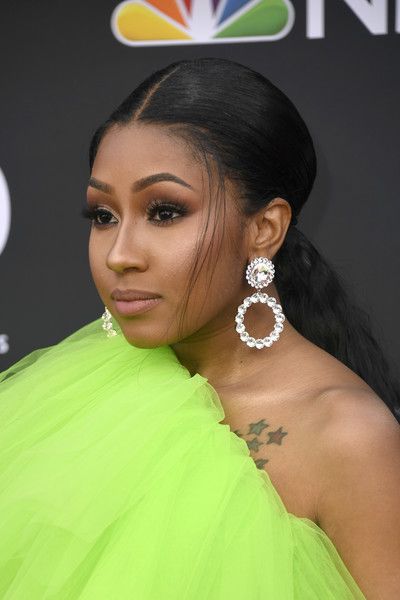 One thing for sure two things for certain is that Yung Miami isn’t tolerating no type of disrespect, none of the time. The Caresha Please , host recently had a few words for Dj Akademiks, after he called her a side chick. “..you sit your f*t scary a** in the house all say talking online come outside police a** b**ty boy!”, is one of many of tweets sent out by the City Girl. The “Act Up” rapper also made it clear that she’s nobody side chick.

By now it’s known that Brother Love (Diddy) has a thing for younger beautiful women, one being Yung Miami. After stating that they go together “real bad”, it’s only right that Diddy steps in to defend his “Shawty Wop”. On another note congrats to Diddy from the gang on the birth of his new child.

Follow us and get the latest news delivered to your timeline!
Previous ArticleNBA YoungBoy Signs A Deal With Amazon & AMP For His New Talk ShowNext ArticleGunna Pleads Guilty to Rico Charges & Sentenced To 1 Year That Was Commuted Time Served