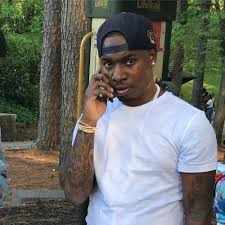 We are sad to report that QC artist Marlo was killed last night in Atlanta. According to TMZ, the police were called to the scene of an accident on interstate 285 and when they got there they noticed the rapper had been shot. Marlo was pronounced dead at the scene.