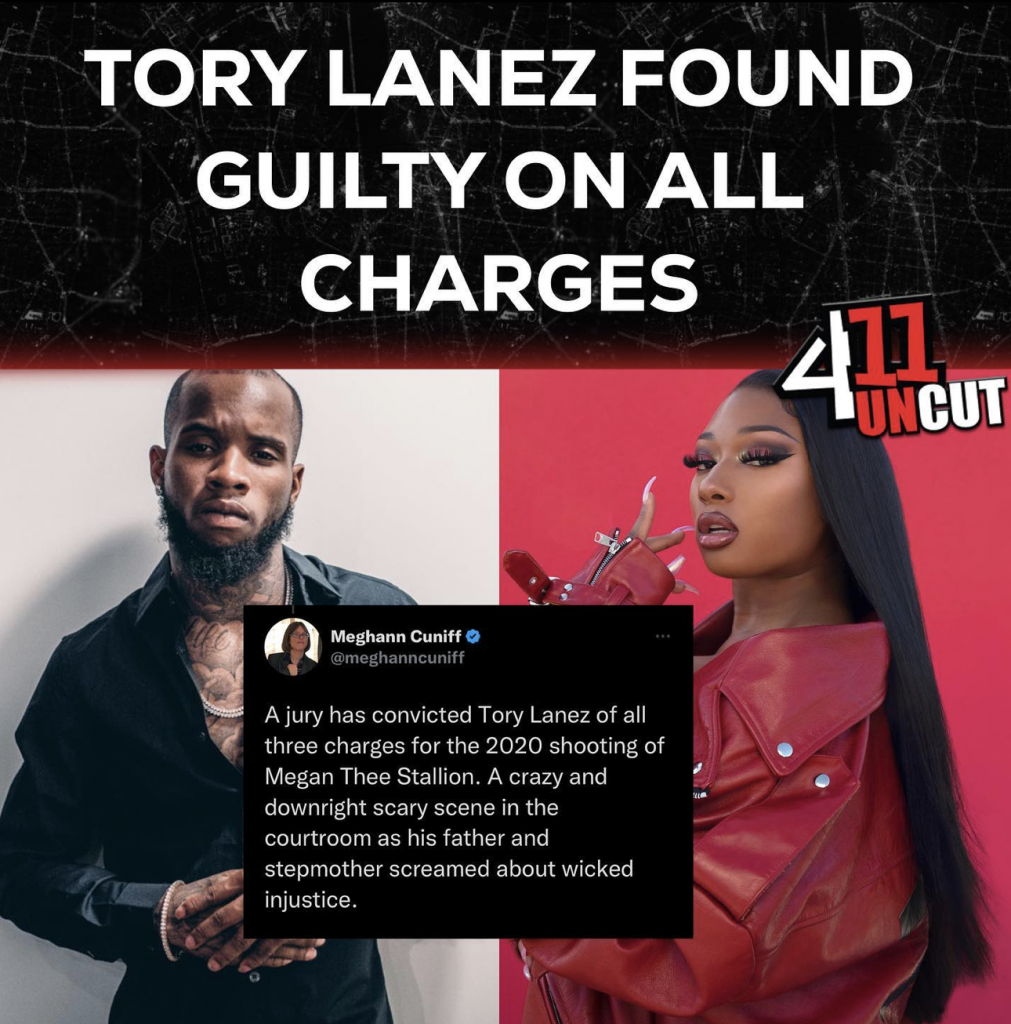 Tory Lanez is guilty of shooting Megan Thee Stallion in the foot back in 2020.

Although it’s been a lot of speculation and questions the “Guilty” verdict came in Friday, just before the holiday.

A group of L.A. jurors found the “Say It” rapper guilty of all three charges against him:felony negligent discharge of a firearm, assault with a semiautomatic firearm and carrying a loaded and unregistered firearm.

Follow us and get the latest news delivered to your timeline!
Previous ArticleRest In Peace 1017 Artist Big ScarrNext ArticleGervonta Davis Arrested in Florida For Domestic Violence