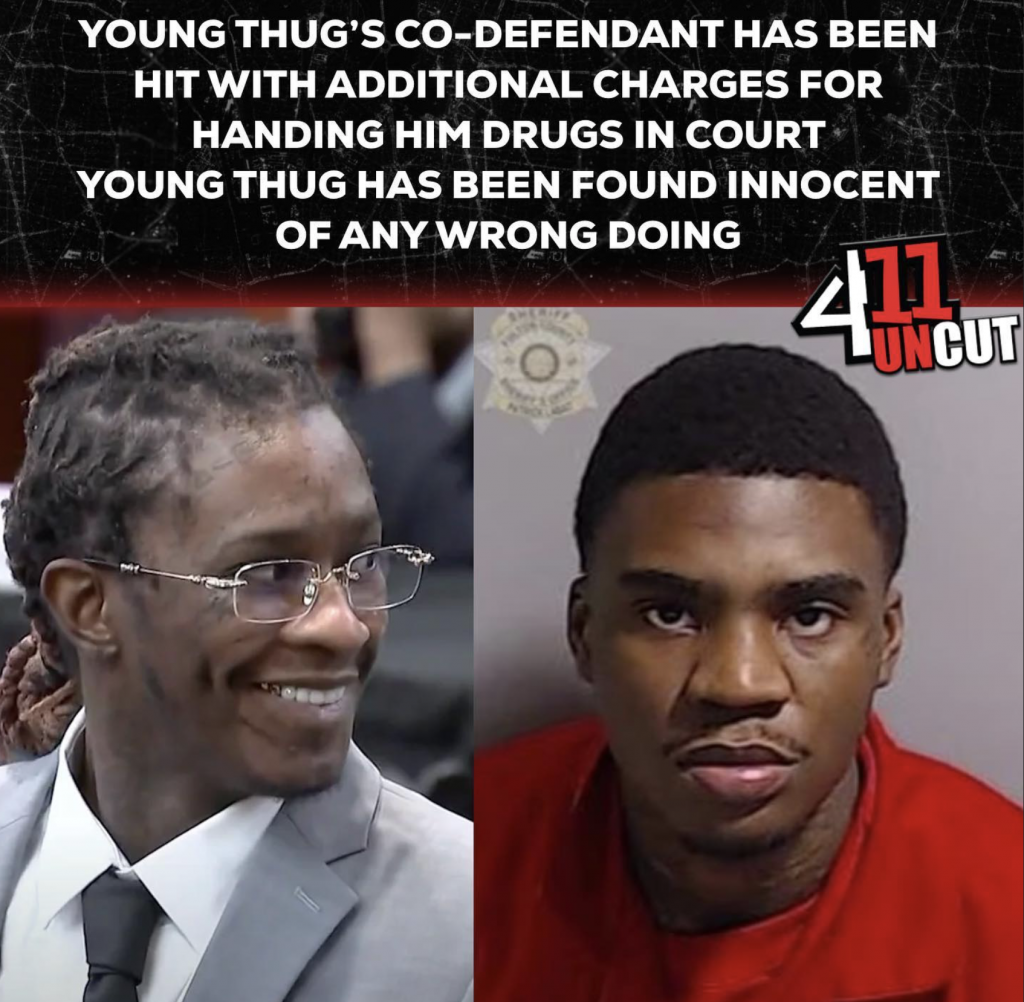 Kahlieff Adams, a rapper who is also on trial with Young Thug, was charged with possession of a schedule 2 controlled substance; possession of less than an ounce of marijuana; possession of an alcoholic beverage by an inmate; and two counts of willful obstruction of law enforcement officers.

The incident occurred Wednesday, Jan. 18, and was captured on court surveillance video. According to court documents, co-defendant Adams can be seen standing up from his chair at a back row counsel table and walking towards Williams unattended. Adams and Williams then appear to exchange an item hand-to-hand.

Deputies immediately spotted the interaction and approached Williams to confiscate the item. The motion states the item was determined to be a Percocet, a narcotic pain reliever.

Now gang how y’all feeling about this?

Follow us and get the latest news delivered to your timeline!
Previous ArticleYikes! Youtuber Drops Footage Of Boston Richey’s Police InterviewNext ArticleWoman Who Was Shot The Same Night As Takeoff Speaks For the First Time