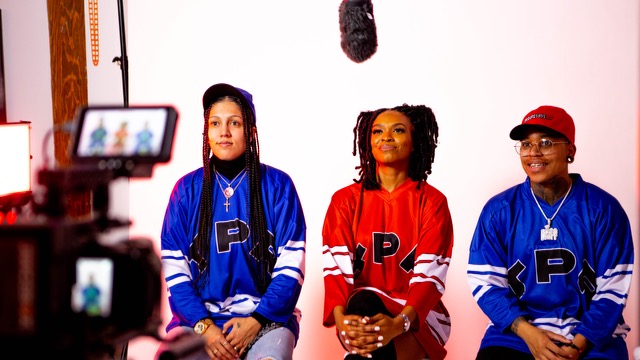 The Progress Report Media Group (TPR Media Group) is a media and entertainment company based in Atlanta, Georgia. In addition to being a music blog, the company also specializes in content creation, brand management, social activism, DJ record pools, media, and journalism services. The company is the umbrella to several original programs such as The Progress Report Podcast, Blast or Trash with DJ eXeL, Conversations with Lalaa, When The Tables Turn with DJ eXeL, Lalaa Land, Producer Talk, Pull Up On The Go, Voice It, a transcribed interview series with Tiara Monroe, and cypHER which is an all female cypher series featuring breakout talent.

TPR Media Group was founded in 2015 by Lalaa Shepard and has been featured in major publications such as XXL, SOHH, Dirty Glove Bastard, VLAD TV, HotSpotATL.com, Medium, DJ Akademiks, Worldstar, 96.7 The Beat ATL, Voyage ATL Magazine, Hot New Hip Hop, and Feedspot and has 110,770 combined subscribers on social media and over 5 million views via YouTube.

The live show is hosted by 3 ambitious women who met organically through mutual friends. Lalaa Shepard (brand manager and music journalist), Boss Britt (party promoter), and DJ eXeL (Top 20 contestant on VH1’s Master of the Mix and Blaque’s official DJ). Lalaa added DJ eXeL to the podcast in 2016 during their first interview with OJ Da Juiceman and Boss Britt joined the crew in 2017 in their first interview with 2 Crucial.

The idea of TPR Media Group came about after Lalaa noticed the lack of colored female representation amongst southern music journalism and vowed to become an advocate for underrepresented music producers, DJs, independent record labels, and progressive people contributing to the culture. TPR Media Group has since covered many artists and brands on the come up and overlooked trailblazers.

The purpose of the name (The Progress Report) is to encourage continued self- progression in one’s personal life and career. Guests are encouraged to return to the platform to share their stories about their journeys and each interview ends with the guests defining TPR Media Group’s keyword, “progress”.

In addition to being a resource for musicians and brands, TPR Media Group has been recognized for its commitment to community service by Stone Mountain Middle School. Each holiday season, TPR Media Group adopts families to provide toys and clothes. The company also offers several internship programs for ambitious applicants.

January 16th, 2021 will mark 5 years of The Progress Report Media Group being in business and the team is looking forward to continuously serving the community and culture.