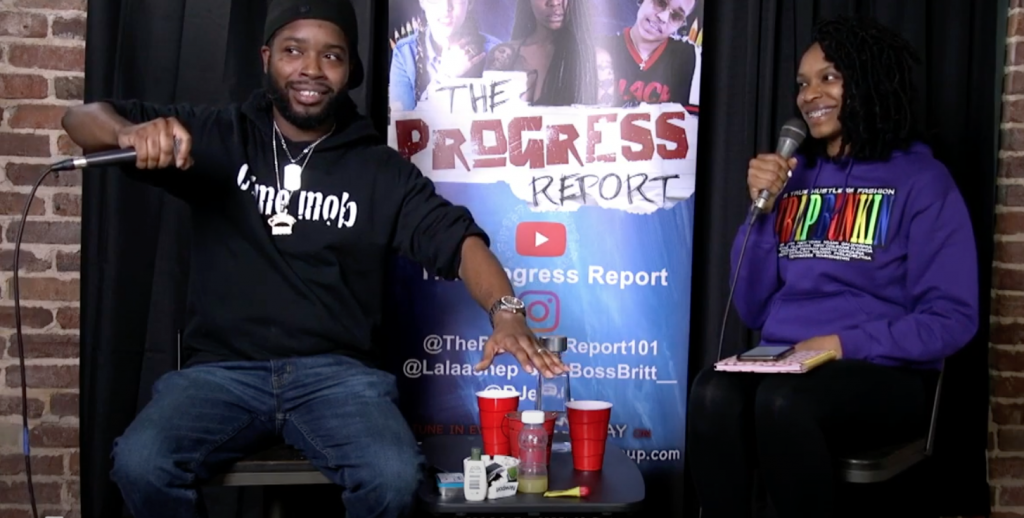 On a new edition of Conversations with Lalaa presented by The Progress Report, Lil Jay of Crime Mob tells the story of forming Ellenwood Area, Georgia (Atlanta) based group Crime Mob. The Hip Hop/ Crunk group created notable records such as “Knuck if you Buck”, “Stilettos”, “Rock Yo Hips”, “Circles”, and released 2 studio albums, ‘Crime Mob’ and ‘Hated On Mostly’.

During the interview, Lil Jay details growing up with his sister Princess and how she and Diamond weren’t originally supposed to be a part of Crime Mob. Lil Jay was influenced musically by the likes of Three6Mafia, Lil Jon, Oomp Camp, Master P, and Pastor Troy and Lil Jay admits to making “Knuck if you Buck”, a song that would forever change his life, on a demo version of a Windows 95 program then he eventually converted to Fruity Loops. “Knuck if you Buck” would later go on to be sampled by several mainstream artists such as King Von, Lil Wayne, and the viral “Juju on the Beat” song. Lil Jay also discusses his intimate relationship with Diamond and how her on and off again relationship with Princess would eventually lead to the demise of Crime Mob.

Crime Mob fans should be excited to know that there MAY be an upcoming third studio album, if everyone can get on the same page.

Follow us and get the latest news delivered to your timeline!
Previous ArticleAsia Doll Releases “Nunnadet Shit” VideoNext Article16 year old artist K’Mon releases his debut single “Over Me”