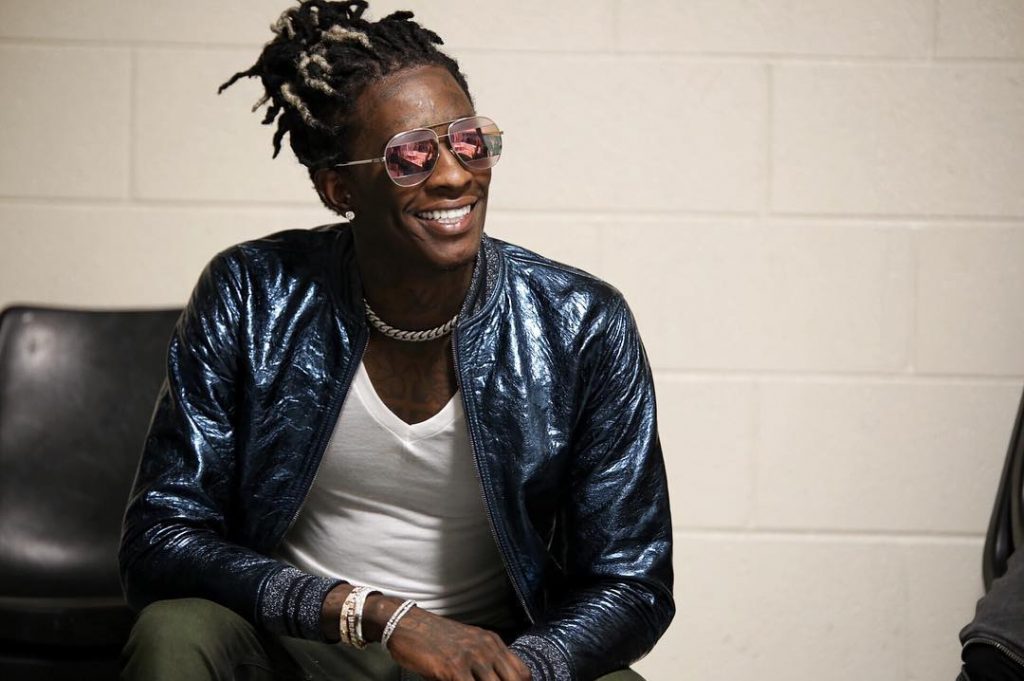 Although the case started off kinda weird, As Thugga’s lawyer Brian Steel argued for suppression of evidence, a video of a naked man flashed across courtroom screens, with the message “Free Young Thug” displayed across the screen. Quickly being shut down by security , the trial continued.

The defense argued the search was illegal and expressed concerns about the validation of the warrants or if any actually existed. Thug’s attorneys requested that all of the property that was seized be returned to Thug, which includes “a cell phone, computer, and a small amount of marijuana.”

Young Thug was seeking to dismiss evidence obtained from cell phones seized during a search of the rapper’s home in 2015. A judge tossed the charges stemming from the raid ruling the search unconstitutional.

Thug’s lawyer expressed how the devices seized in that raid were suppressed by written order in April of 2017 and should have been returned to the rapper, but never were.

Thugga, and 27 other people, were indicted along with fellow YSL rapper Gunna, in May using Georgia’s RICO Act. The 88-page indictment claims they are part of the Young Slime Life, or YSL, a subset of the Bloods street gang.

Prosecutors allege those named in the indictment have engaged in violent criminal activity in the city since 2012. Those alleged crimes include illegally possessing multiple firearms, including a modified machine gun, additionally street gang activity and drug trafficking.

Follow us and get the latest news delivered to your timeline!
Previous ArticleDeb Antney Claims Gucci Mane Didn’t Like Nicki Minaj Because He Couldn’t Have Sex With HerNext ArticleMembers Of Sauce Walka’s Crew Hit With Rico Charges