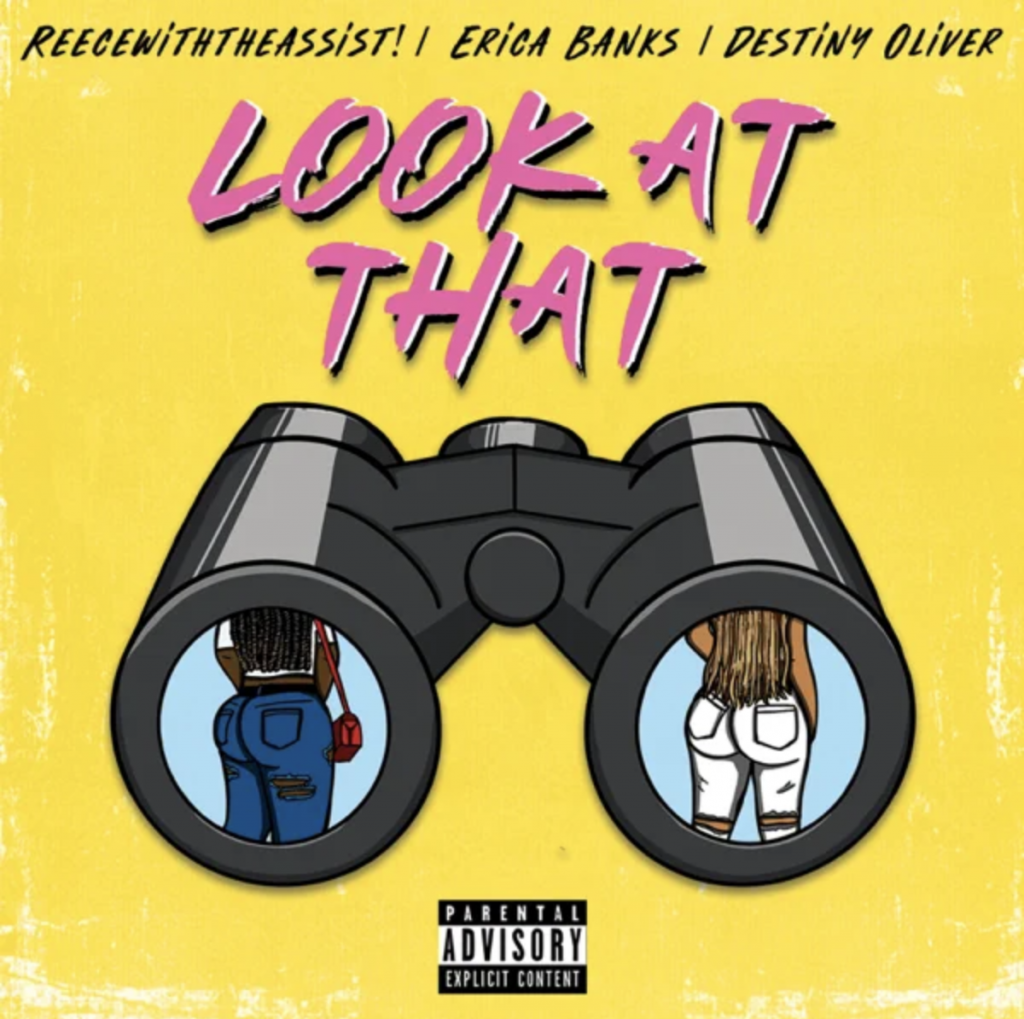 Stream/ download “Look at That” by ReeceWithTheAssist!, Erica Banks, and Destiny Oliver

Fresh off the release of his last single featuring Foogiano titled “Feelin Myself”, Taurice, known by his stage moniker ReeceWithTheAssist!, is a producer and songwriter from Oakland, California. At an early age, he became interested in rapping because of his natural ability to write poetry Following his interests extended into music production after seeing the mastery and involvement that Quincy Jones had on the Thriller album. Coming from and influential region, gaining inspiration from acts like Too Short and MC Hammer was the tipping point Reece needed to confirm his direction of entering the music industry.

According to Reece, his best skillset is his ability to make conceptual songs. He prides himself in making the hook and verses match if the artist can be coached and produced. As an executive producer, he can hear a conversation and personalize it, while making it unique in perspective. This is perfectly demonstrated by Erica Banks’ slick tongued, off-the-cuff flow that knows no boundaries all over Reece’s production. She is joined by newcomer and Instagram star, Destiny Oliver who holds her own as she follows Erica’s hard, yet nonchalant bars.

“I saw Foogiano’s “Trapper” video and instantly felt a resurgence to get back to producing again. I looked him up on Instagram and saw Kerry from Authentic Empires contact info and called him. Going thru the delayed scheduling process to get Foo’s verse for “Feelin Myself” ultimately led me to pursue my next single’s final direction. I met Destiny Oliver at my session with Foogiano. For whatever reason, I thought I could do something with her without ever hearing her rap. Livio Harris (30-year veteran in the music biz) put me with Troy Marshall, and although I was doing business with Troy for a month already, I didn’t know he was the general manager at 1501 Certified. So that was a direct and professional link to get Erica Banks to bless the record. Luckily I got her a week before she signed her deal with Warner and her price went up like crazy.”