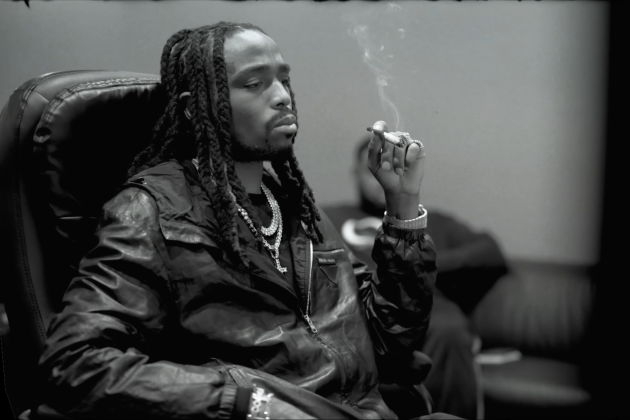 “I miss just how you smile at me. Unc & Phew until infinity” is just some of the heart-felt words from Quavo’s new song “Without you’.

The black and white video shows Quavo sitting in a studio with his eyes closed and smoking while listening to the raw and heartfelt track.

Takeoff was fatally shot on Nov. 1 at the age of 28 in Houston. Suspect Patrick Xavier Clark was arrested at the beginning of December. A Texas judge denied Clark’s petition for his bond to be reduced from $1 million to $300,000, which he has since been released after an anonymous person posted his bail.

“I wish I had a time machine
Just so you can take a ride with me
I miss how how you smile at me
Unc & Phew until infinity.”

Let’s continue to keep the friends and family of Takeoff in our prayers.

Follow us and get the latest news delivered to your timeline!
Previous Article1017 Artist Mac Critter Arrested for MurderNext ArticleNBA YoungBoy Ties The Knot With HIs Girlfriend Jaz