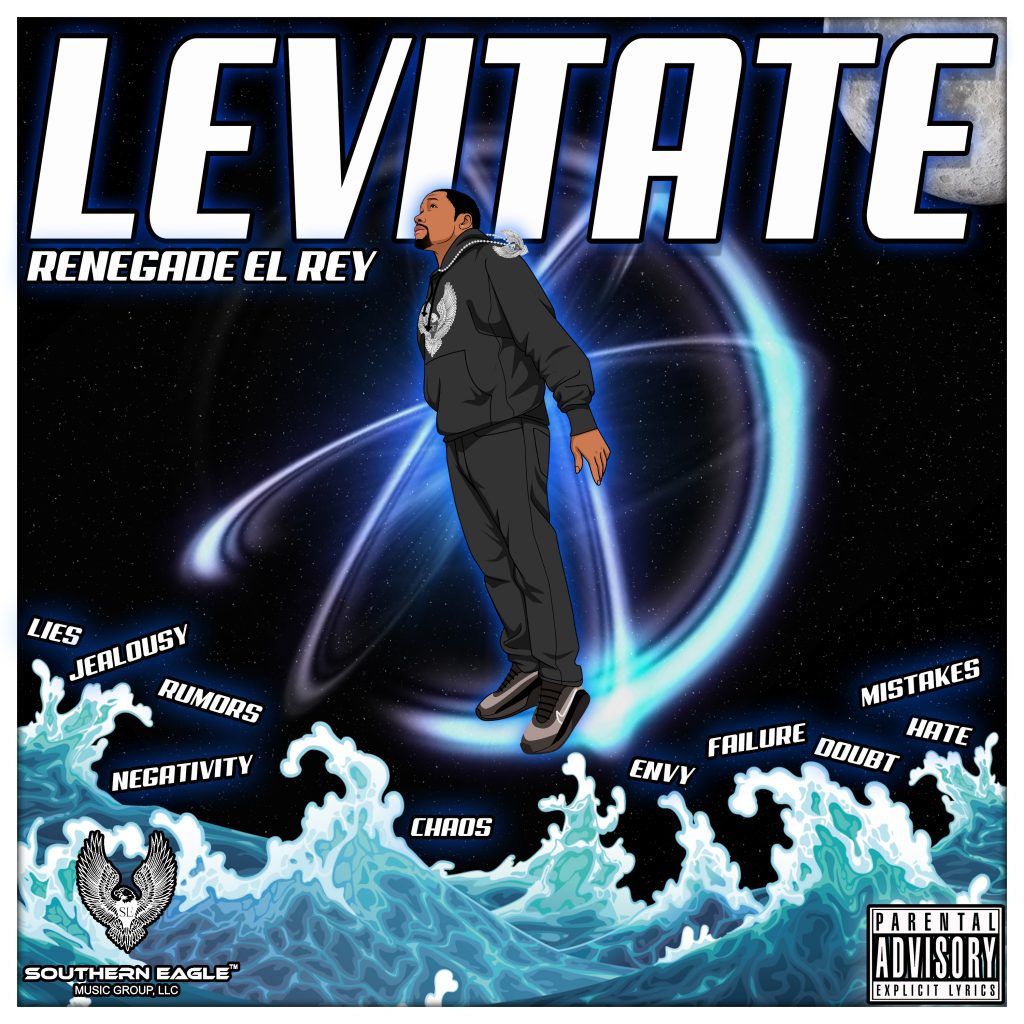 With every experience in life, there is a lesson to be learned. Memphis native, RENEGADE EL REY effortlessly flows through his 8 track EP, ‘Levitate’ bar by bar forcing listeners to elevate their mindset. The project features Young Buck, Bobby Creekwater, Project Pa$$ion, Brandon Alexander Williams and production by Dx2x, Brilliant Mac, Dijon Stylez, JWise, and Bl$$D

Fans can even physically see a billboard of RENEGADE’s EP artwork while in traffic at spaghetti junction in ATL!

RENEGADE was born overseas as his father was in the military, and raised in Memphis, Tennessee growing up in the Mitchell Heights & Binghampton communities. RENEGADE EL REY took a natural liking to music at a young age, and began writing rhymes as an outlet to adolescent problems. This passion for music would strengthen throughout his teenage years as he wrote raps daily while balancing playing sports throughout Highschool and college.

Thanks to his older brother feeding him the latest music out, after hearing Nas’ ‘I Am’ album and a list of other MC’s such as: Jay- Z, OutKast, T.I., Tupac, The Roots, Eminem, 8Ball & MJG, Scarface… RENEGADE got serious about music in High-school beginning his journey to take his place in Hip Hop amongst his musical influences.

When asked, RENEGADE describes his musical style as eclectic being that he has been well traveled and diverse in culture while growing up in a rough city which is reflected in his sound. Residing in Atlanta for the last 10 years RENEGADE has been creating a name for himself starting out as an intern and working his way up to the head audio engineer at Stankonia Studios. During this journey he has worked with the likes of Big Boi, Curren$y, Project Pat, Killer Mike, Jeezy, Snoop Dogg, Kurrupt, Sleepy Brown, Goodie Mob, Young Buck, Bobby Creekwater, and even pop acts like Phantogram, Little Dragon and Tom Morello of Rage Against The Machine.

Just last month RENEGADE EL REY performed at Coalition DJs Spring Fest, but is no stranger to the stage as he has toured with Big Boi, and he performed for thousands at Atlanta’s Centennial Park. His visuals have been featured on BET Jams and his music has been placed on various video games. RENEGADE  has also been featured on The Progress Report Podcast and Waves Audio official Youtube channel teaching beginner tips for producing rap vocals. The video now has over 114,000 views and the comments praise RENEGADE for his clarity.

RENEGADE EL REY credits his family, supporters, his fans, his city (Memphis, Tennessee), and even his naysayers as motivating forces for keeping him going.