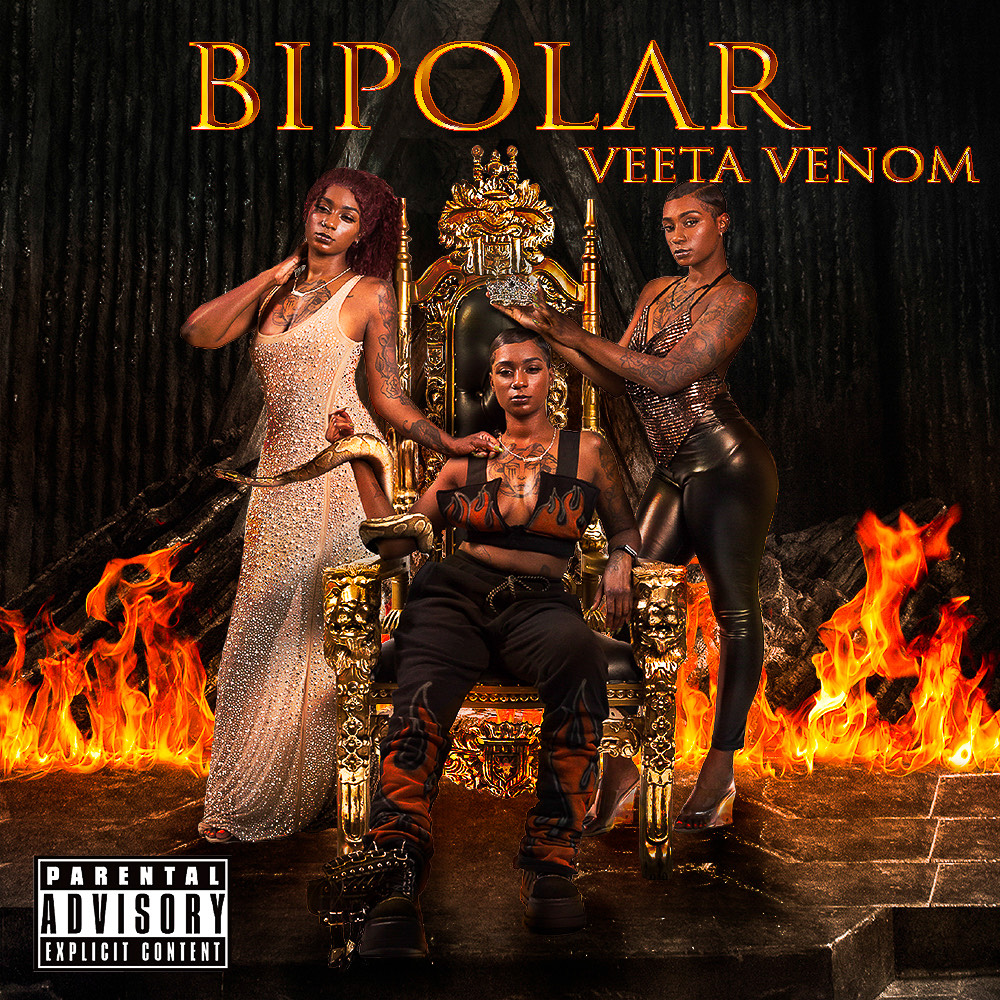 “Lil baby they sick call in the clinic, This pussy is givin, I  break in I burn down the bridges! The fuck down to hell wit these niggas! gettin this money’s my fitness”. (Veeta Venom)

When asked about the inspiration behind the project, Veeta Venom states, “I created the title ‘Bipolar’ for my album because, the process for creating the entire project took me on a wave of different emotions & personalities. This album shows the versatility of each single resulting in multiple different ways I approached to kill each song! It was legit a me vs me type of process. Long conversations with self & battles within.”

‘Bipolar’ is Veeta Venom’s follow up to her 2019 EP, ‘V Day’. Each record on the new album has a mini commercial promotional video and Veeta will soon release visuals to “Sick” and “Trippin”.

Veeta Venom plans to continue to grow her brand, put in the footwork, and land song placements in TV and film. She is celebrating her album release Halloween night in Atlanta at the biggest all girl party with Boss Britt & DJ eXeL where she will give away goodie treat bags of stickers, lighters, and candy.