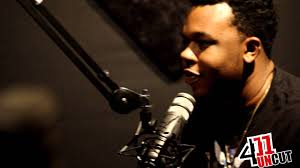 Cincinnati artist Cook LaFlare has dropped another mixtape titled Bleach after a Japanese manga series that follows the adventures of a teenager after he captures the soul of a rapper. Cook LaFlare will capture your ears with his trap beats and jugg talk! Check out the mixtape below!

Follow us and get the latest news delivered to your timeline!
Previous ArticleAdrien Broner Charges Dropped In Robbery Case! #411WithNellaDNext ArticleSevyn Streeter – My Love For You (Official Video) #411WithNellaD #SevynStreeter